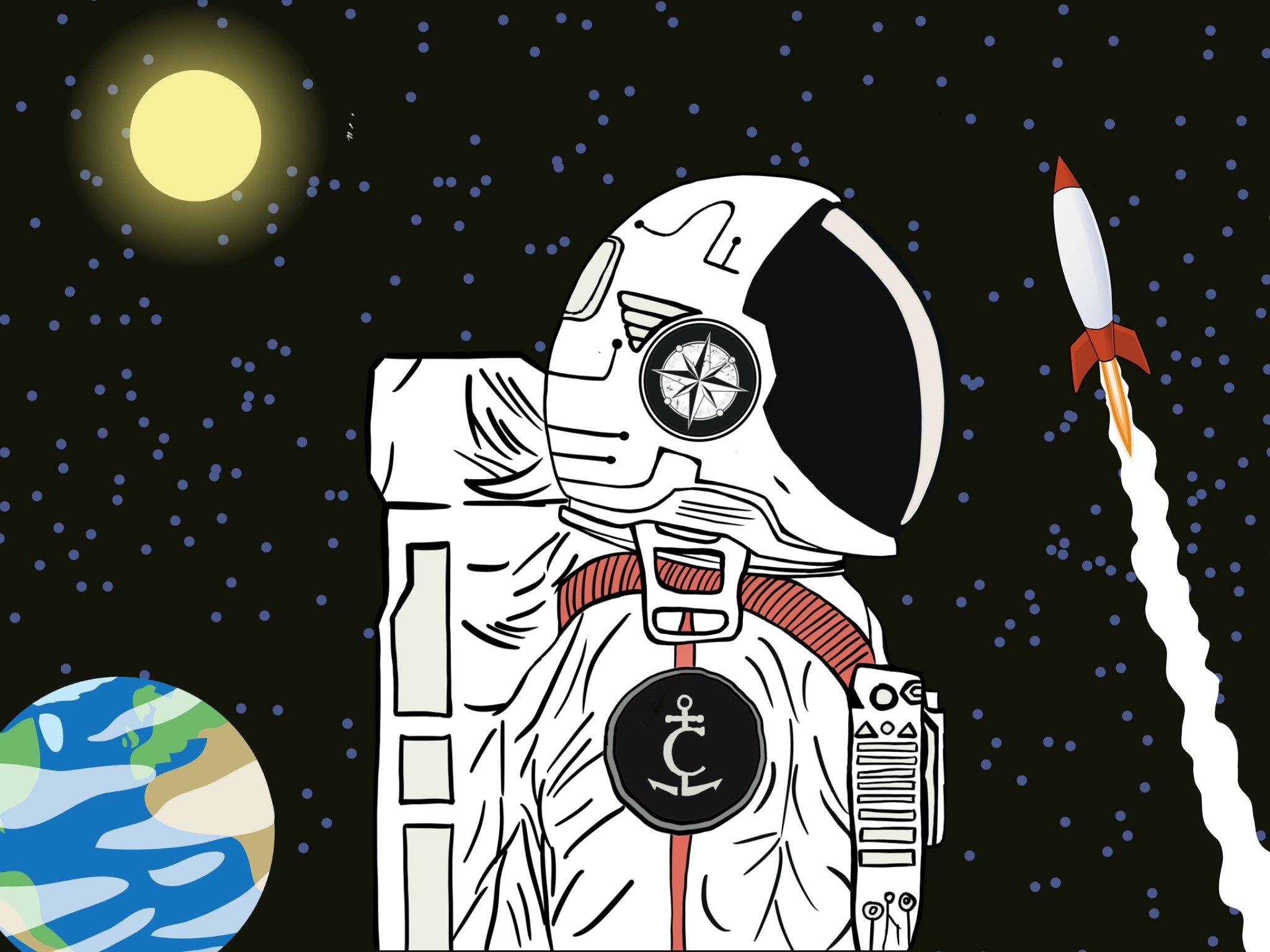 Let’s think of personal reality like a video game. Whoever you believe yourself to be right now is the avatar you assume. It’s the space suit you wear in order to play the game. Then, one day, you eat a forbidden fruit and forget that it’s all a game. It’s fine, the fruit is tasty so you continue playing, oblivious to your mistake.

You’re having fun at first, there are endless features, attractions and other avatars to keep you entertained. Besides, you’re learning a lot. Eventually though, you get a bit tiered of playing the same old games. It’s like you are repeating level one over and over again. You’ve played by the rules and checked all the boxes you were told you should, but still it feels like there is something missing. Naturally, you start to search for answers to this existential conundrum you’ve found yourself in.

You start by looking for solutions in the game itself. You think – “maybe the issue is with my avatar?” (something you are now totally identified with by the way). Maybe it is in need of an upgrade or some ‘self-improvement’. Better yet, maybe it’s some other avatar (or lack there of) that’s the problem.

Eventually, after exploring all possible options outside of yourself (side note: this may take a while, maybe lifetimes, who knows) a radical notion dawns that maybe you should start to look inward instead. So you get a selfie stick, turn the camera in on the space suit you’re in and ask:

Well done! You’ve passed level one and you’re now playing the game of spiritual awakening – a journey toward understanding who you are so you can finally be your Self. This is what ‘The Captain’s Log’ is about.

The goal of the game is to go beyond the limited mind based identity (aka the ego) we have formed so we can explore the subtler dimensions of who we are. It is by doing so that we can really begin to live without fear and therefore live up to our potential.

The problem is, we’ve just forgotten it’s a game and that the avatar we’re playing is much more malleable than we thought. It’s not our fault, amnesia of our true nature was also a necessary part of the game. How else would we conform, “fit it” and learn the rules of the zeitgeist?

Anyway, now it’s time to wake up. It’s time for us to dis-identify from the space suit so we can open up to a much wider perspective of who we really are. Not that who we believe ourselves to be is bad, it’s just one slice of the pie and life can be a struggle when we’re stuck in the suit all of the time.

The more we play the game, the more parts of ourselves we discover, the wider the scope and capacity of our avatar becomes. We heal old wounds and learn new skills. And around and around we go on this weird and wonderful karmic merry-go-round called life.

Now that we’ve begun to shake off our amnesia, the new objective of the game has become clear: to awaken to the fullness of who we are, both at a soul level and at the level of pure awareness.

It’s a bit disorientating at first, like waking up in a strange hotel room when we’d thought we were at home. At this point we are still very much identified with the space-suit we’re wearing and it’s going to take a lot for that to change; it’s a tight fit.

The whole process of waking up is an effort to realise that we are much more than just the space suit. We are in it but not it. To paraphrase Jesus, we are in the game but not of the game. And we are much more multidimensional than our minds would have us believe.

Spiritual “me” wakes up

This is where we to start to learn as much as possible by consuming all the ‘spiritual’ content we can get our hands on. It’s where we may adopt practices such as yoga and meditation. It may even be where we adopt new identities like being ‘vegan’ and start telling other avatars that that’s what they should be too if they don’t want to go to hell. Just kidding.

It’s where we might get lucky and get a glimpse of what’s possible through a deep meditation or wild psychedelic experience. It can also be where we hit a pothole or three and get sidetracked.

Maybe we start to feel special and one of the ‘chosen ones’. Maybe our avatar adopts a high horse to trot around on so he can look down anybody not in alignment with our new found ‘wokeness’. Or maybe we get depressed about the multitude of injustices in the world and venture down some conspiracy rabbit holes ending up derailed from the mission.

On the other hand it can be refreshing to feel like there might be some magic left in the world after all. It can feel like we’ve embarked on some new and exciting adventure into the unknown. Hallelujah, we’ve become ‘spiritual’!! We are now on the fast track to the promise land where problems don’t exist. Enlightenment, here we come! That is until…

Some how we begin to sense that this game might not be as straightforward as we first thought. Maybe awakening is not all a bed of roses. Maybe it’s going to hurt a little, roses have thorns.

Maybe we start to question the validity of the voice in our heads. Maybe it’s not who we are at all. Maybe it’s just coming from a headset we thought we needed to play the game.

Then the penny drops. It’s hits us that this sense of “me” may not actually be the one waking up at all. Maybe the voice in our heads so desperate to ‘wake up’ or become enlightened is actually the one who needs to shut up, if any real awakening is to take place. Could it be that our identity has become so enmeshed with our space suit that it has highjacked the game once again?

Very likely! and it will happen over and over again until we fully remember that we are not the voice in our heads, we are the ones in the suit and that this thing we call life is a very real game we’re playing.

In case we’ve gotten lost, let me reiterate, the levels of this game are levels of consciousness. The further you progress, the more you see there’s actually nowhere to go. Everything is now and all that’s changing is our ability to see and understand ourselves better.

We can think of the levels of consciousness like this, a higher level is one where you experience love, joy, or peace. A lower level feels more like a bad hangover. Of course one might be more desirable than the other but it’s not like one is really ‘better’ than the other. Both maybe necessary at different stages of the journey. Without the hangover we may not be motivated enough to really sober up. Without a ‘dark night of the soul’, we may never even attempt to awaken to our full potential.

The best part is, how we expand or move up some levels is different for everyone. “One mountain many paths” as they say. What brings me joy might not bring you joy so there’s room for all – an infinite number of experiences to be had in this giant energetic sea of consciousness we’re all surfing, swimming or drowning in.

So we play on, for better or worse. We’ve committed to game and to the path of spiritual awakening. Fraught with pitfalls as though it may be we can be happy we’ve made it this far. We can remind ourselves why we started in the first place: for the renewed sense of adventure we feel for life and for the possibility of being able to live fully empowered and purpose-driven lives.

Now is the time to explore and discover the more multi-dimensional aspects of ourselves beyond the personal identity we have formed. We’d had enough of that old game. It was boring to be stuck believing we were that limited body/mind identity of a space suit all the time anyway.

The mission still remains: just keep figuring our shit out so we can move up some levels until we eventually fully awaken to our true nature and reach the ultimate.

At this level, we are the one watching the whole shit-storm unfold. The observer of consciousness itself and therefore beyond it.

Unperturbed and chilled as Snoop Dog, we’ve got all the time in the world. (Since, of course time doesn’t even exist on this level, Duh!). We couldn’t give less of a shit what our avatar’s first world problems are as we can clearly see that it will take as long as it takes for him to learn the lessons required to progress.

From this higher perspective we may realise how our avatar is largely sleepwalking through life, lost in thought and the belief it is a separate entity from the rest of existence, a bit like Buzz Lightyear who still believes he’s not a toy.

To reach this level is to see the oneness of it all: the ultimate goal of the game of spiritual awakening.

The (“where you are there will be no”) End

So this is what the Captain’s Log is about – the game of spiritual awakening and all that entails.

It may be fraught with peril but it sure as hell beats the game of “we’re all just sophisticated meat robots plodding around as separate entities to the rest of existence trying to gather as much ‘stuff’ as we can”. I mean, what a shit story line to write for ourselves that was.

In the end we can play whatever game we like, thats the beauty of it. The most important thing is that we’re enjoying ourselves. This is the game I’m choosing to play because, after plenty of trial and error, it’s the best one I’ve found. If it sounds like your cup of tea, join me and we can play multiplayer.

This page will self destruct in 5 seconds.

(If it doesn’t there’s a glitch in the matrix, so sign up to my newsletter instead where I’ll be diving deeper into spiritual awakening, conscious exploration and more.)